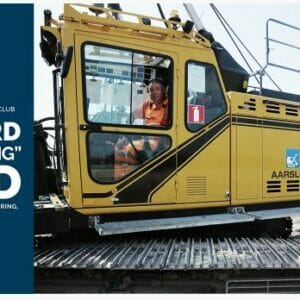 The newly launched ‘Junttan Operators Club’ has announced that Richard Judd is their second honorary member.

Richard joined Aarsleff Ground Engineering in February 1993, and for those past 24 years, has been a dedicated and hardworking employee. Richard has now been operating piling rigs for a total of 29 years and has suitably landed himself the title ‘Piling King’. Richard is a big fan of the Junttan PMx22 rig, which Aarsleff Ground Engineering added to its fleet in November of last year.

On hearing about his honorary member status, Richard said: “I am delighted to become a recognised member of the Junttan Operators Club!”.