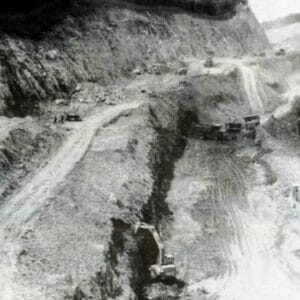 Retaining Walls – Timber Crib Walls – The History: Retaining walls are structures designed to restrain soil to a slope that it would not naturally keep to (typically a steep, near-vertical or vertical slope). They are used to bound soils between two different elevations often in areas of terrain possessing undesirable slopes or in areas where the landscape needs to be shaped severely and engineered for more specific purposed like hillside farming or roadway overpasses.

Timber Crib Walls are one of the oldest gravity wall systems. They can be aesthetically pleasing because they can accommodate complex curvature and be planted with climbing vines, giving them a much “softer” appearance than more conventional support systems. Crib walling is a geotechnical technique whose origins can be traced back centuries, but which was reinvented in the last quarter of the 20th as another economic alternative to heavy retaining wall construction. At its simplest, it takes the form of alternative layers of precast concrete elements acting as stretchers and headers. Such open bottomed timber boxes or cribs, filled with earth or stones, have a long history of use as a cheap means of slope stabilisation where timber was in abundance, such as the Alpine areas of Europe. Cribwork was used extensively by North American engineers through the 19th Century, the term being also applied to open cofferdams for piers and bridgework. The rapid spread of the railway network and widespread availability of timber sleepers or ties provided a ready source for the stretchers and headers from which cribs could be constructed.

In the early 20th century, as reinforced concrete became increasingly popular, precast elements replaced timber on American railways. Such elements were in use in North America by the time of the First World War, some taking the form of open boxes or bins.

Crib walls provided an economic alternative to heavier forms of retaining wall construction. They were easy and quick to assemble, although there were height limitations. A considerable research effort in Germany, New Zealand and particularly Austria where it began in the 1960’s and continued in the 1980’s, did much to improve the understanding of crib structures and develop their design. One development, the ‘New Wall’, replaced the stretchers by anchoring straps, and was intended to address the height issue.

Timber crib dams were erected of heavy timbers or dressed logs in the manner of a log house and the interior filled with earth or rubble. The heavy crib structure supported the dam’s face and the weight of the water. Many dams were constructed during the 18th and 19th centuries in Vermont, primarily adjacent to direct-drive water-powered mills. Timber crib dams and plank dams were common at this time. The crib dam was constructed of heavy timbers stacked like a log house and filled in with earth or rubble. An example of a Timber Crib Dam: 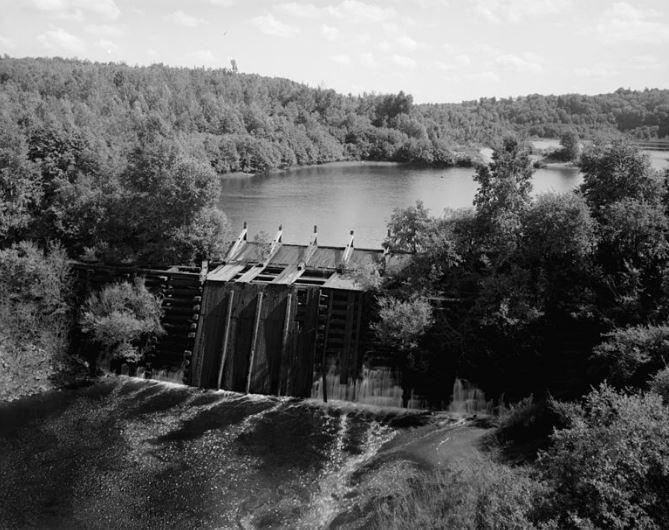 Crib walls have generally been developed outside the UK. An early British example, on the M5 through the Clevedon Hills, won a concrete Society Award in 1978.  The contract, which commenced in April 1970, was let to Cementation Ltd. for a tender sum £5.7m. It started at the south abutment of the Avonmouth Bridge and extended to Clapton Wick in the Clevedon Hills. It included the construction of the elevated roundabout interchange with the A369 at Portbury and the adjacent Service Area. On sidelong ground, in the hills, the works were mainly in rock cutting in massive limestone. In order to accommodate the sidelong ground, the two carriageways were constructed at separate levels which varied up to 30 feet. In order to support the lower northbound carriageway, a crib wall comprised of interlocking precast concrete units infilled with rock was built and to support the higher carriageway a reinforced concrete retaining wall, tied back with rock anchors, was used. In all nine new bridges and 1.5 m cu.yds. of excavation, of which 60% was rock, were required on this 5 miles of M5. See photo: 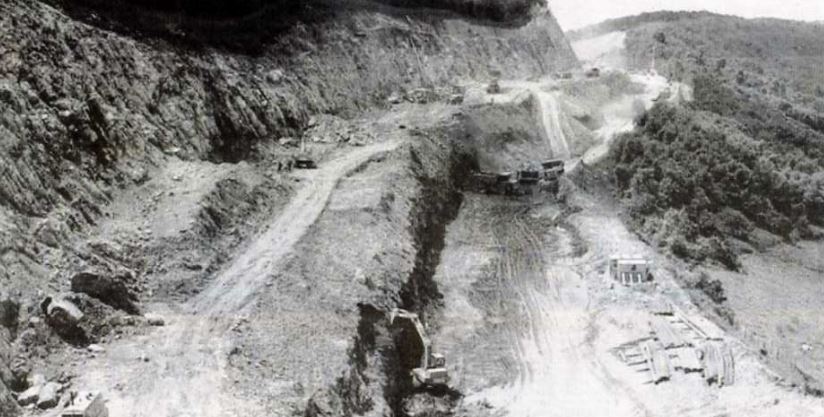 Aarsleff can offer a timber crib retaining structure to suit most engineering, aesthetic and budget requirements. A timber crib retaining system is a cellular mass-gravity retaining wall. The finished structure’s inherent weight and collective mass allow it to retain the target material without being destabilised. It is constructed using individual sections of interlocking pressure treated timber to form a framework which is then filled with aggregate during assembly to add weight and stability to the structure

Benefits of a Timber Crib Wall 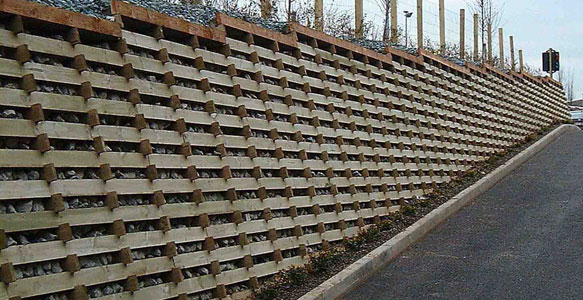 Timber Crib Walling is a type of retaining solution.

Aarsleff Ground Engineering offer several specialist retaining wall solutions. Get in touch and find out which will suit your project today!