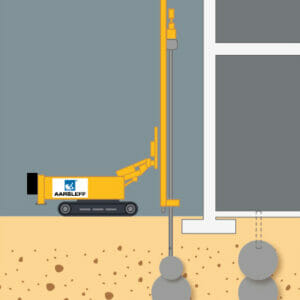 By Harrison on 29th January 2020 in Company News

Compaction grouting is a ground improvement method which is used to increase the density of the soil. This method of grouting is usually used to rehabilitate settlement of sensitive structures.

Compaction grouting is carried out by injecting stiff mortar-like grout under pressure through cased boreholes to form bulbs, which pushes the surrounding soil to the side and increasing its density. This grouting method is used for treating a wide variety of loose soils, with relatively good drainage, and is performed at depths ranging from 2m, right down to several tens of meters.

The works are carried out from the surface, with the grout bulbs created from the bottom-up in successive stages of 1m. The degree of densification depends on the type of soil treated and the grid pattern selected for the injection points, with injection rates generally varying from 4 to 6m3 per hour, with that reducing to 2m3 per hour in particularly sensitive conditions. Injection pressure is generally in the range of 1 to 4MPa.

Compaction grouting can also be carried out from an existing basement or locations with limited headroom, and it is possible to drill through hard material to reach the low strength strata beneath for treatment.

The key parameters for compaction grouting are the grid pattern, the injection pressure and the grout take – these determine the performance of grout take.

Specifications for the grout must meet the strict requirements and have the appropriate slump and grading, with the ultimate quality of grout dependant on the condition of the soil being treated. These requirements include that: 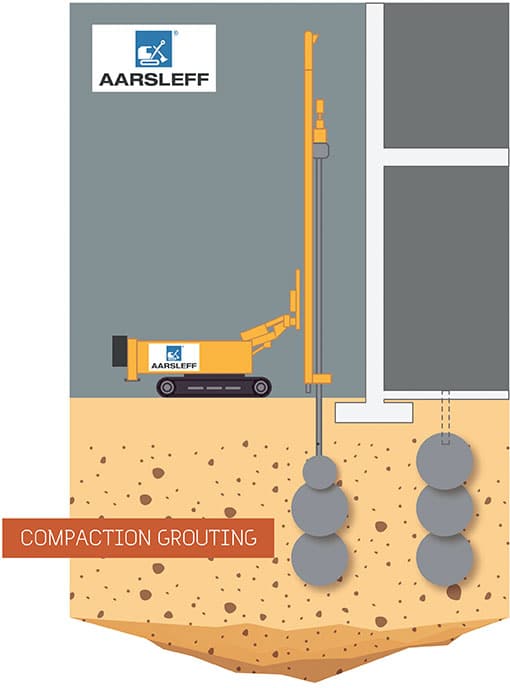