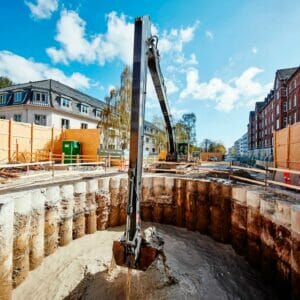 Establishment of seven structures for a tunnel in a densely populated area In the coastal road area in Hellerup an Aarsleff joint venture, between Per Aarsleff A/S and Entreprenørfirmaet Østergaard A/S, has started the construction of the first phase of a 1.5 km-long stormwater tunnel for the client Nordvand A/S. The tunnel is part of a climate change adaption in the municipality of Gentofte and the aim is to drain off the surface water from heavy rainfalls in order to avoid water on terrain and in tunnels under the railway.

As part of the tunnel construction Aarsleff Ground Engineering used secant piles in lengths of 10 to 15 metres for the seven structures. The structures are constructed in the junctions from where the tunnel is installed at a depth of 8 metres below ground level. 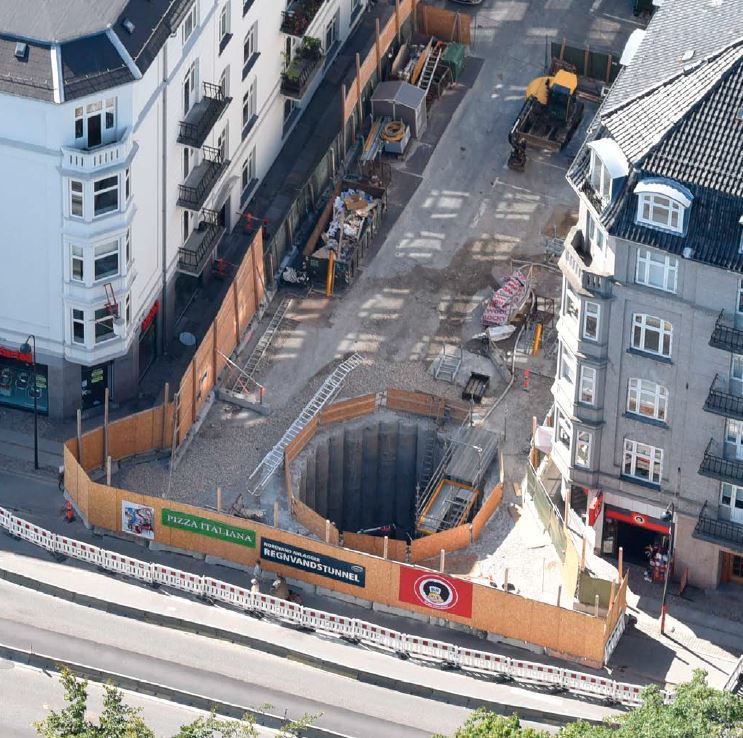 Besides the limited working space the soil conditions were also challenging. It turned out that the geotechnical conditions at some locations did not correspond to the geotechnical report. Major changes showed up within short distances of 15 metres – from very hard clay to wet silt. In other locations the limestone appeared at a higher level in the ground than expected. Skilled divers removed the limestone by carrying out complex underwater blasting.