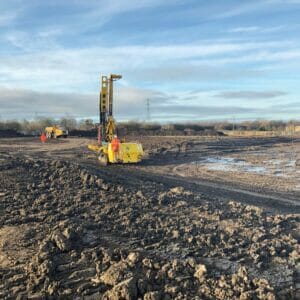 Shallow voids pose a risk to surface building and sub-surface infrastructure because collapse of the ground overlying the voids can result in voids migrating to the surface, leading to crown-hole development.  This poses a risk to both foundations, structures themselves, and below-ground infrastructure.  One option for remediation is bulk filling of these voids by drilling and grouting.

The depths and thickness of the void(s) should be identified by desk study and subsequent detailed Ground Investigation supervised by a suitably qualified Geotechnical Engineer/Engineering Geologist.  Generally, if there is more than 10x the extracted thickness (i.e. the original height of the mining void) of rock cover, then there is low risk of the void migrating to the surface.   If the rock is heavily fractured, or vulnerable to weathering, then greater cover may be required.

Treatment to mining voids in the UK requires the permission of the Coal Authority. Special Publication 32 “Construction over Abandoned Mine Workings’, 1984 provides information and guidance for engineers and geologists who engage in mine treatment. The application requires details of the buildings, the design of the grouting strategy including the hole spacing and grout mixes and the method of drilling (including flushing details). 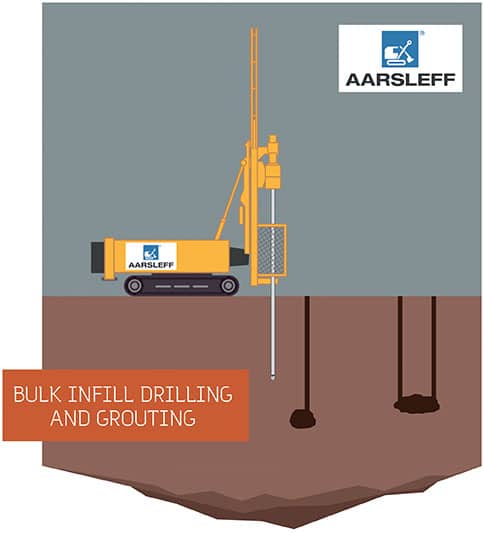 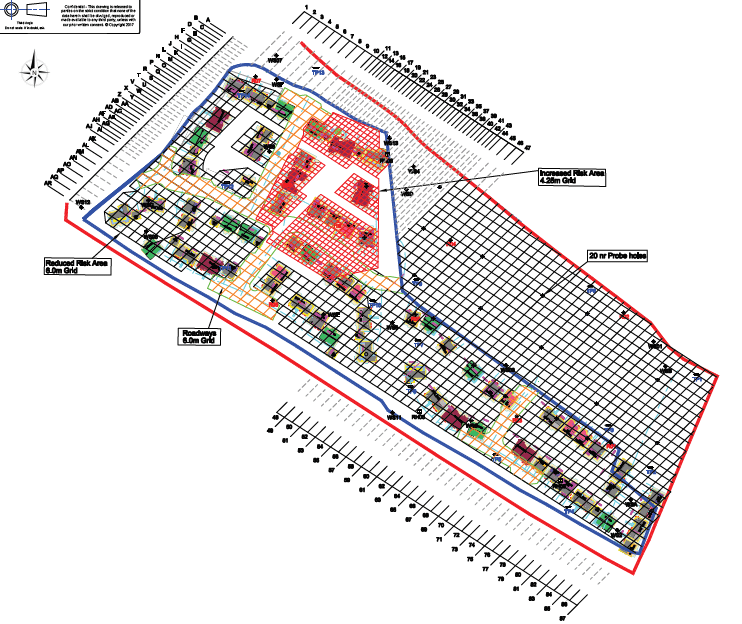 As part of the enabling works, a series of grouting was undertaken to stabilise unrecorded workings in the shallow coal seams below the site. As part of the works and deploying its Boart Longyear rig, Aarsleff Ground Engineering drilled 90 No. 75mm dia. holes including the temporary casings and mixing and injecting 300T of 6/1 PFA/OCP Cement grout. Read more (PDF)

Aarsleff drilled 109No. vertical bores on a radial grid including casing under the school building with its Boart and Klemm 806 rigs. Aarsleff then mixed and injected OPC/PFA grout to the 4500m2 area ensuring that any surface instability due to the shallow workings, was eliminated. Read more (PDF)

Aarsleff Ground Engineering utilised its JS130 rig to drill 72No. vertical and inclined holes to 18m past the existing coal seam & filled with grout. Due to many areas of the site being close to the foundations of existing building walls and underground services, it was necessary to work with extreme caution and assess all risks prior to drilling. Read more (PDF)

Covering an area of 5615m2, Aarsleff utilised three rotary percussive drill rigs for probe drilling and artificial consolidation of the site in the guise of a JS130 excavator with a drill mast attached and two Boart Longyear DB 102’s. Specifically, they drilled 530 No holes to probe the High Main Coal. There’s a coal seam down at around 32m. We have one crew undertaking the probing for the shafts, whilst the other two crews are undertaking the drilling. Aarsleff then mix and injected an estimated 2700T of site batched grout using PFA/cement to consolidate the suspected abandoned mine working. For treatment of the old mineshaft, Aarsleff drilled a temporary liner to its base and injected grout under pressure in ascending stages to fully consolidate. Further test bores were constructed, and pressure grouted to prove the construction. Finally, Aarsleff constructed the standard accepted Coal Authority mineshaft cap with an assumed shaft cap of maximum 6.40m diameter. Read more (PDF) 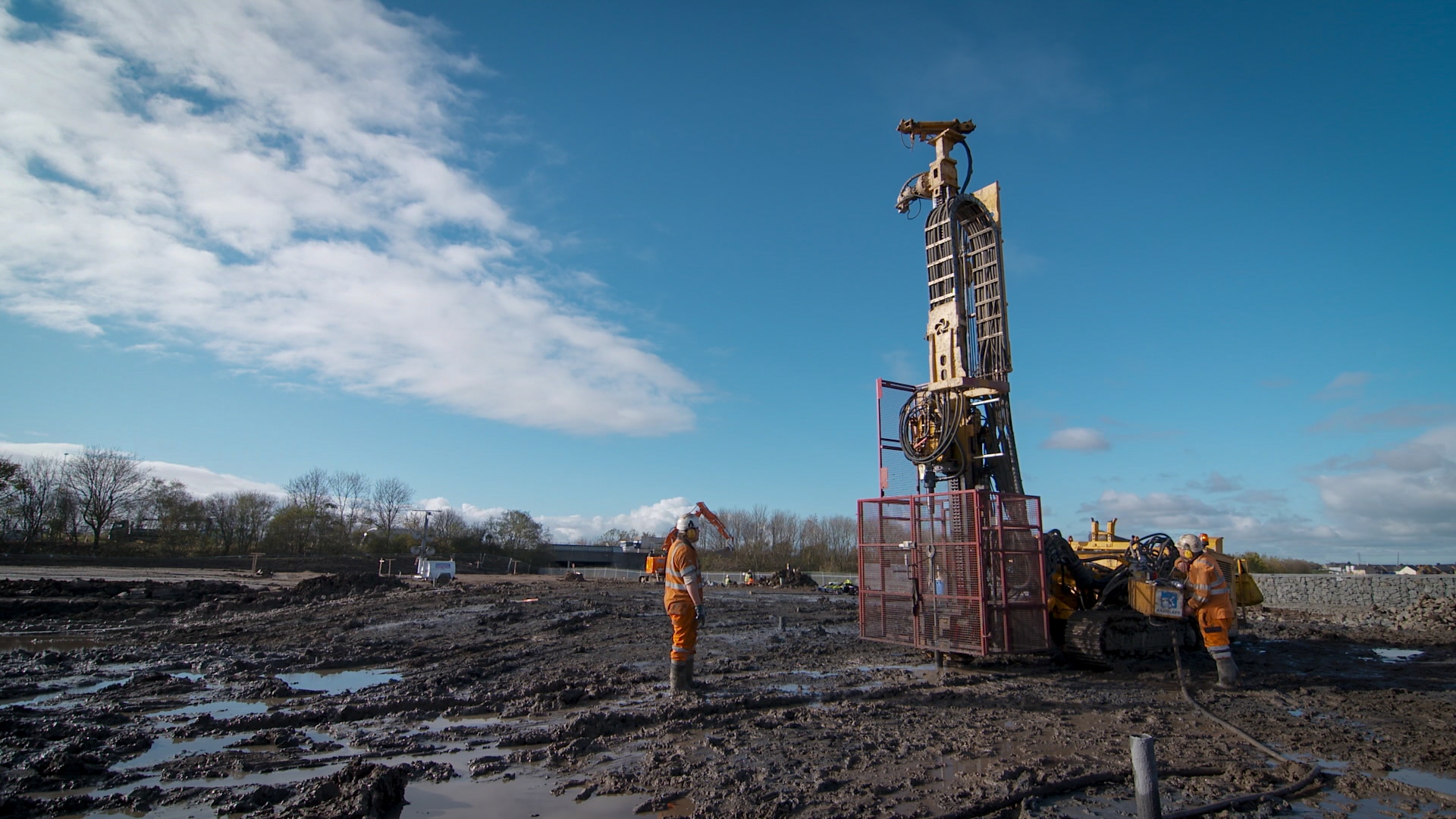 Drilling and Grouting at Shiremoor, Northumberland

For more information about Aarsleff Ground Engineering or to send in Drilling and Groutingenquiry, call 01636 611140 and speak to a member of our expert team today, or drop us an email